The fact that, for Danilo Kiš, the image of a black mourning headscarf is an image of the spiritual landscape of Montenegro (which he talks about in the text “About Electra” from 1968), started me thinking that I should choose the mourning headscarf as an element/material in the conception and visualization of this work, and in that way, I am establishing a dialogue between Lubarda’s work (landscape) and the spiritual landscape of Montenegro.

The work consists of two parts.

The headscarves are placed in a row to emphasise the connection with tradition and with the intention of making us understand how important that connection is. They reflect the interpenetration and a re-examination of the relationship between the past and the present, but also the tendency for interruption.

The symbolism of the black headscarf is widely established: it cannot be associated exclusively with Montenegrin women, but is already present across the entire Mediterranean region. It alludes to the oppression of the female subject, to belonging, restraint and captivity, and is deeply rooted in church tradition.

The second part of the work consists of the same connotative and visual units, connected (manually sewn) into a kind of cloak, placed in front of the headscarves on the wall, and which, in a symbolic context, indicate concealment, in which the tragedy of the codex intertwines with the hidden Eros present.

I intentionally perforated the scarves with a cigarette end to leave holes, and the ashes, which is the product of this procedure, should be thought-provoking, and carries a symbolic and a metaphorical message. 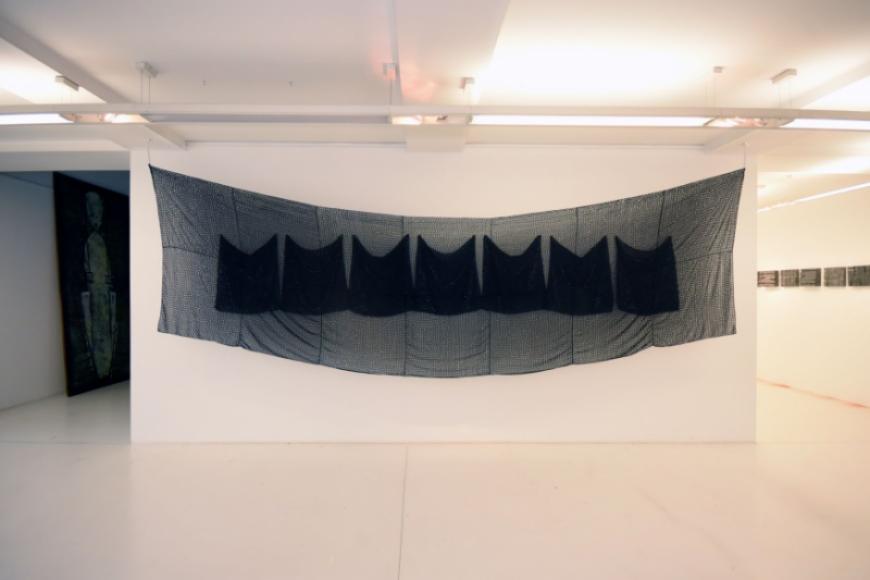 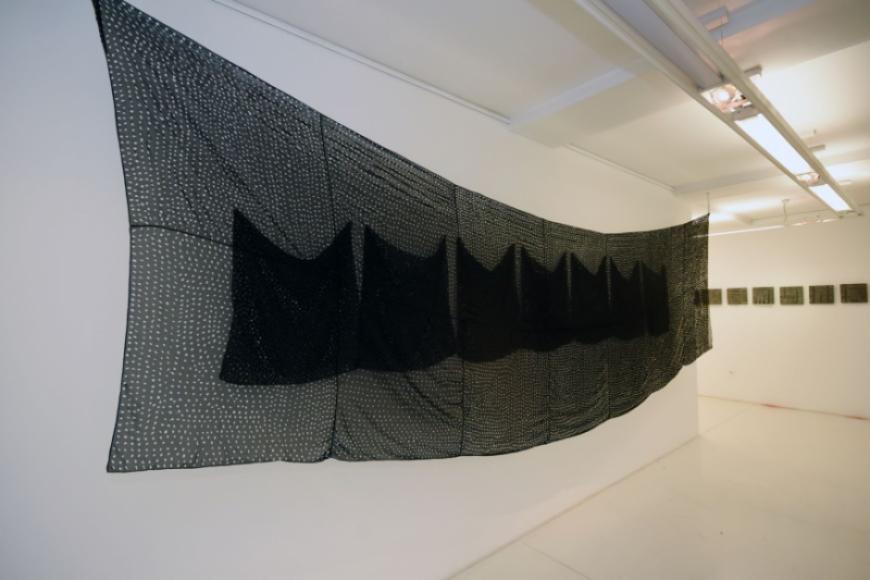 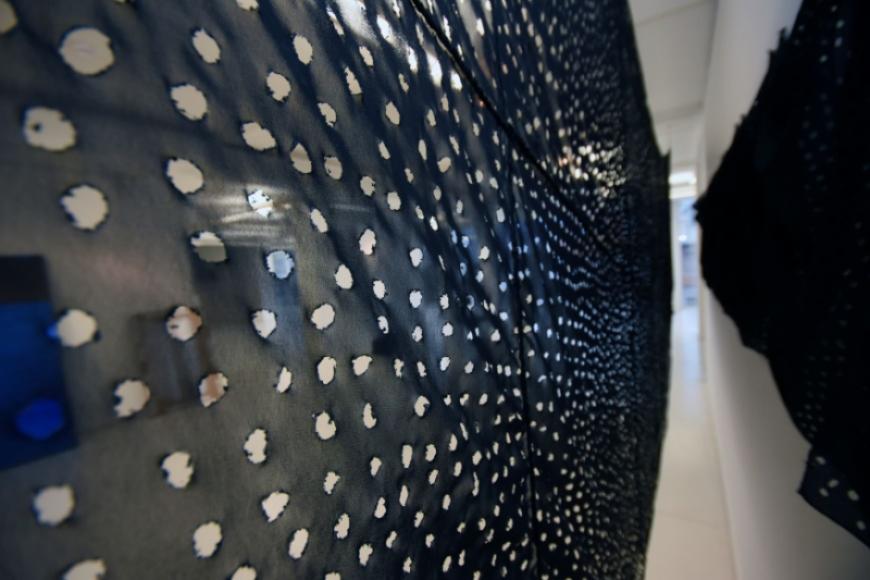 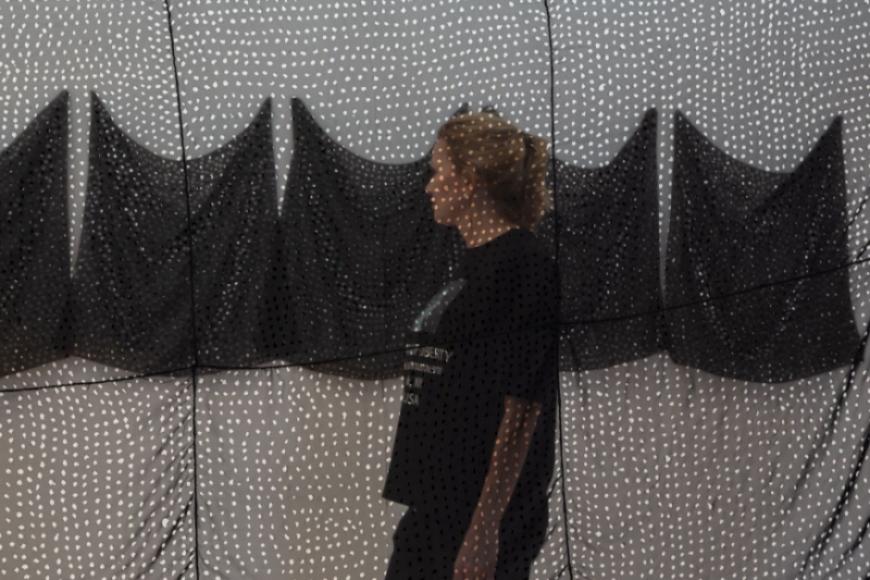 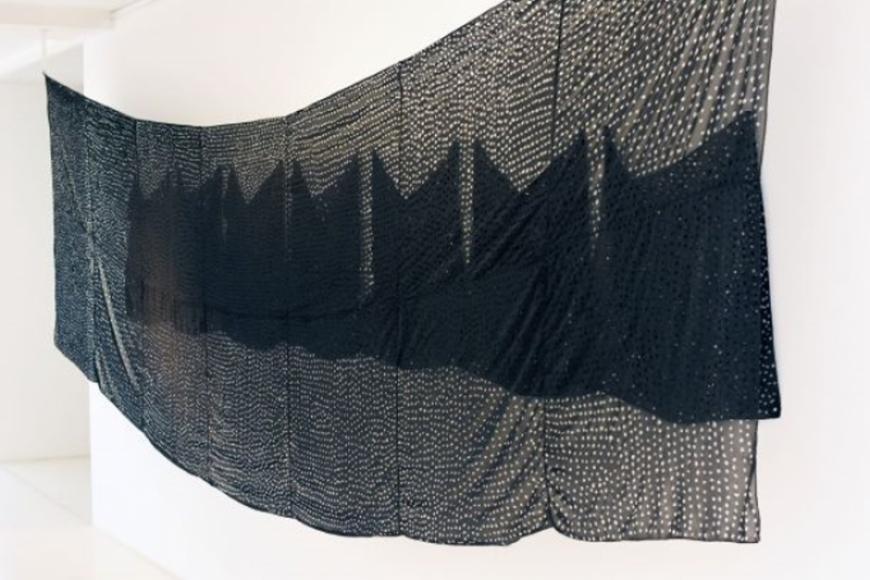 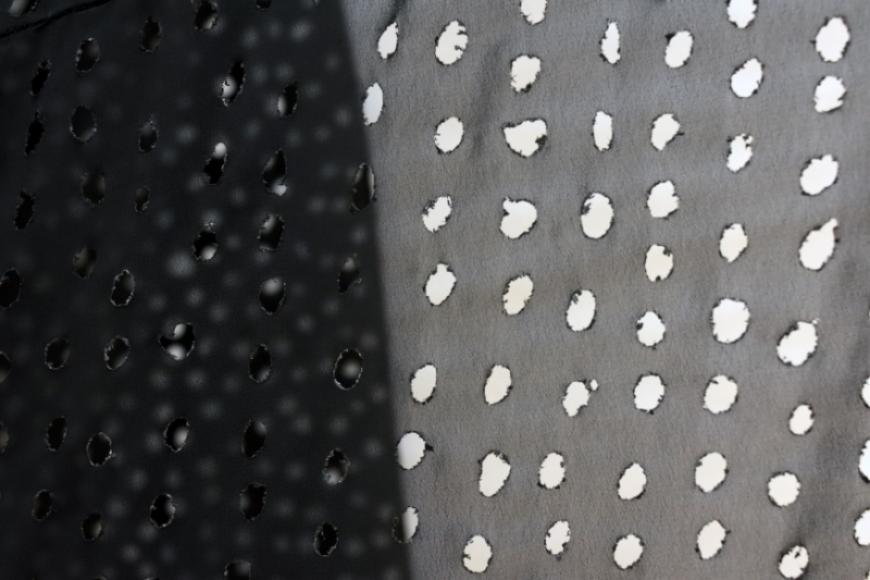 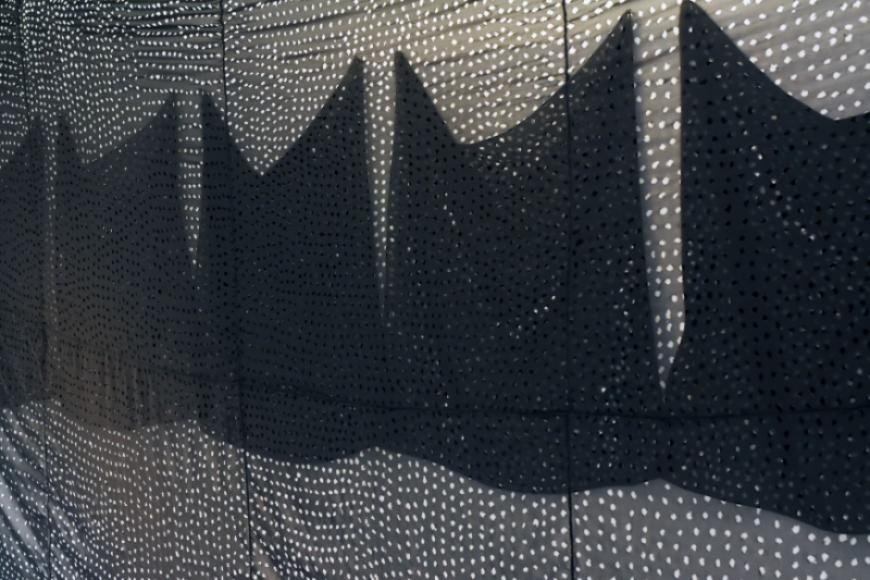 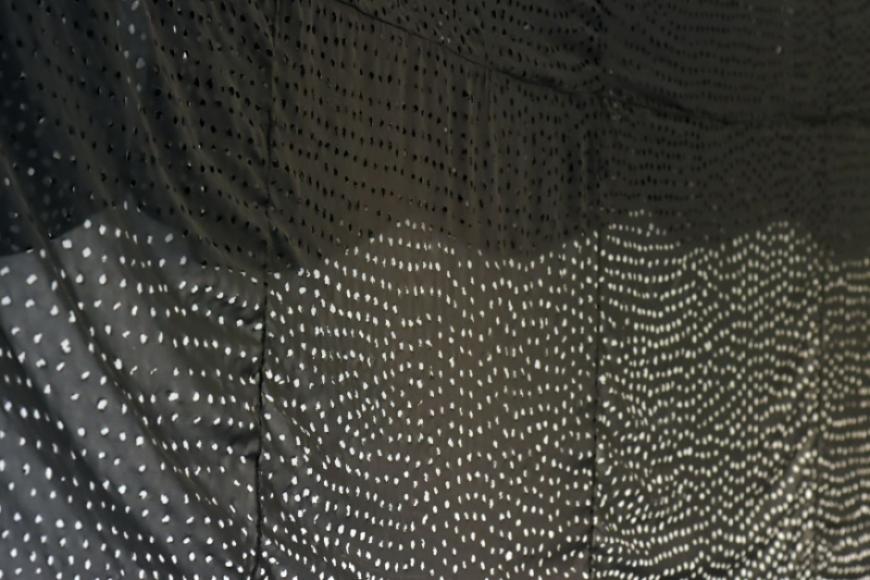 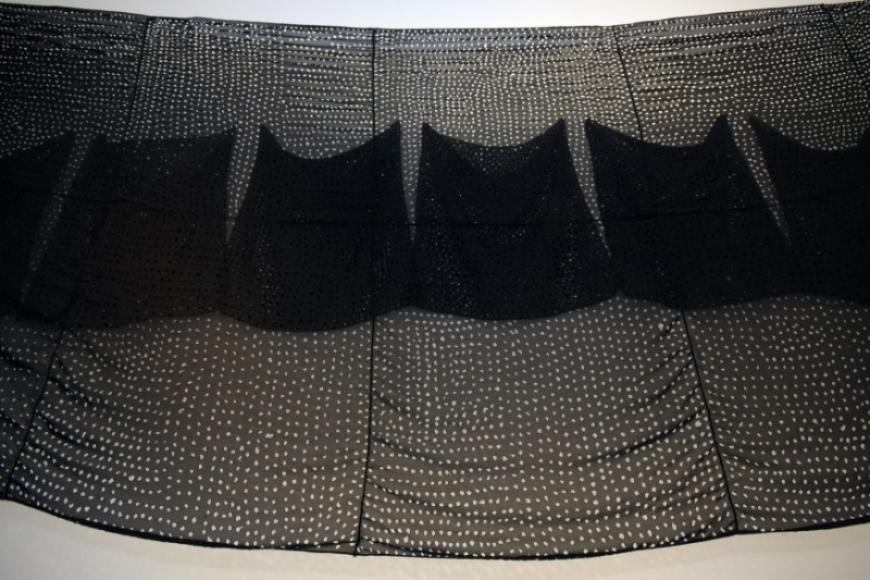 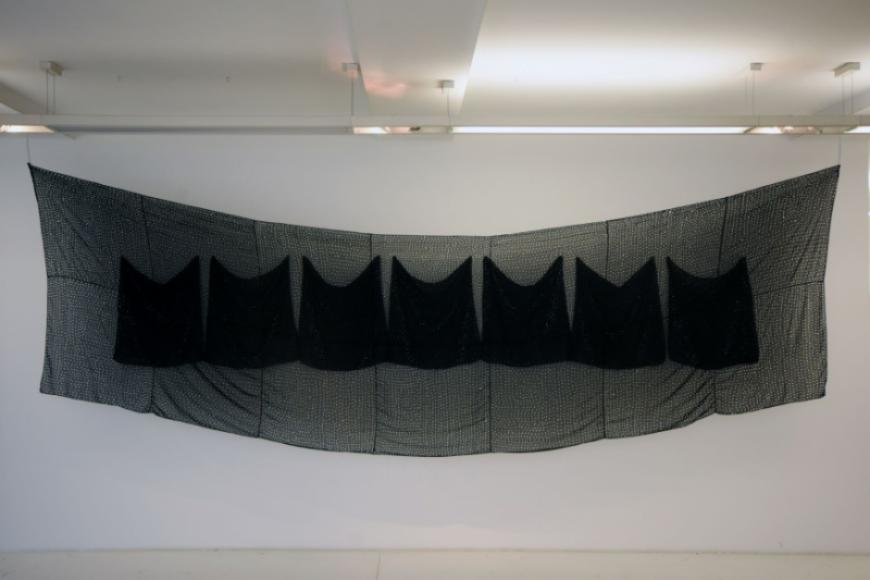 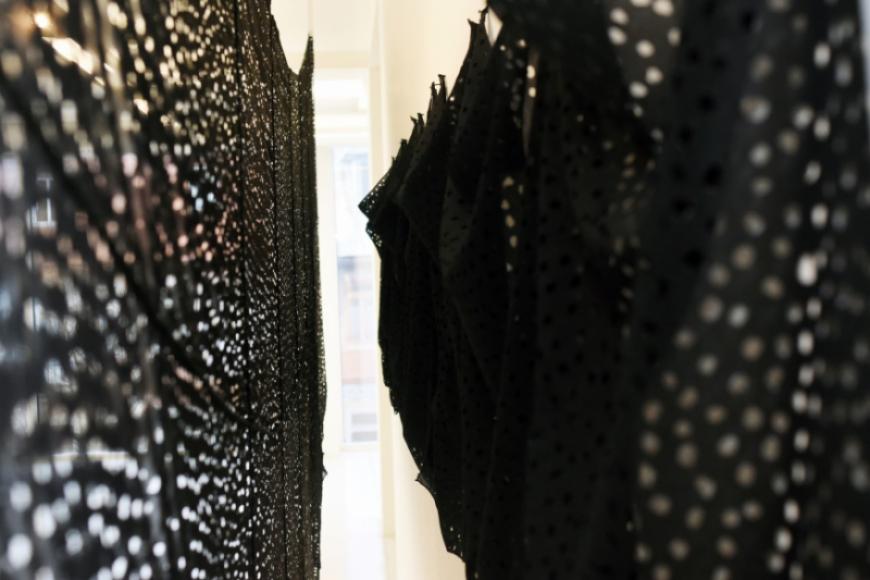